Last week I posted an interview I did with Susan, who is a fashion insider living in Hong Kong. This week is more of our interview, focused on where to shop when in Hong Kong…

Me:  What are some of your favorite places to go shopping?

Susan:  I think because of what I do, I don’t like shopping in big designer fronts.  I only do that for competitor shopping purposes.  I like to try to check out some of the smaller Mom & Pop shops.

In Central, there’s an area called PMQ.  It stands for Police Married Quarters.  It literally used to be dormitories for married police couples who are with their family.  They have I think maybe 5 or 6 years ago turned that entire state into a design center.  So they actually house a lot of the local designers and they have like exhibitions in the center of the building, all rotating every other month.  I like to check out what’s happening there and what the local designers are doing.

Also I like to check out the small shops around.  There are some furniture shops and then, people just have their opinion about what’s popular, what’s the trend and lifestyle-wise, what are some of the items that they think are cool.  So I like to see what those things are.

Me:  Is there something that you associate with Hong Kong?  What is something you would suggest buying there that feels genuinely like a Hong Kong thing to buy?

So things like that.  That actually represent the culture but then it’s also quite Hong Kong because I didn’t see anything like that in Taiwan nor in Shanghai.

Me:   That’s what I’m searching for because that’s what I like to find when I travel.  It’s really fun to find things that you actually cannot find anywhere else.

I think Asia is quite happening…  The evolution in some of these cities in the past 10 years has been amazing.

Susan:  Yeah.  Also not so tacky like you go to the pearl mart or something and then you have like all the Chinese-inspired kind of qipao or dresses or mandarin shirts and stuff like that.  So those obviously you can find, but then you also can find them in a lot of different places.  But what I just mentioned the lanterns,  I actually only have seen them here in Hong Kong.

Me:  So the shops that you mentioned earlier, those places where you would go to find original pieces and not mass produced things.  What are your favorite places for coffee or getting a little bite to eat when you’re out and about?

Susan:  I like to hang out in San Ying Pun and Kennedy Town area.  It’s more of the western tip of the Hong Kong Island.  So this part of Hong Kong really got redeveloped and got to be a little more hip and up and coming in the past 2 – 3 years.  But there’s a lot of cute little cafés, not your Starbucks but really kind of like brewed, baristas and stuff like that.  They have their own little assortment of food platters.  I like to get a cup of coffee and I also like to have it in a more cute and artsy atmosphere so I would try to find those places.

Me:  What would be your perfect day in Hong Kong?

Susan:  A perfect day would be waking up early, play with my son for a bit, go out and grab a cup of coffee on the lane which is just down my apartment.  Take the bus down to MTR, go to work, have a healthy lunch, come back home, play with my son for another bit and then really kick back and have a glass of wine or go grab a bite with some friends checking out some new restaurants or just cook at home.

Me:  It sounds like you really like work if that’s a part of your perfect day.  That’s so nice. Is it a very social city?  Are people out to dinner and drinks and stuff all the time?

Susan:  Yeah, absolutely.  It’s kind of one of those strange things where I think when you were single versus if you have a family here in Hong Kong, you actually live a little differently because, if you’re single, it’s a really social city.  You can go out networking and meet new people and there are a lot of happy hours that you can hit and then there are always new places that you can check out.

But once you have a family, and you always tend to have a helper, and the helper sometimes will have cooked dinner for you, then they end up having a lot more home cooked meals versus going outside.  So it’s a little different, but for me it’s a very social city.

I didn’t realize the Lantern Festival is actually quite important here in Hong Kong.  They do have all those really fancy lanterns.

Me:  I’m dying to travel to Hong Kong.  I’d really like to experience the city.

Susan:  I think Asia is quite happening.  I didn’t know what to expect honestly when I moved from New York to Asia almost 10 years ago.  And really, the evolution in some of these cities in the past 10 years has been amazing.  Cities like Shanghai, for example, Beijing, it’s so international and there’s so many different new restaurants and shops and just art scenes as well, so it’s quite nice.

Me:  When I was in Japan, I was a teenager.  I’m blonde and it was quite novel.  Like I always felt I was sticking out in a crowd.  I was quite tall and had this long blonde hair and was tan and looked very, very, very American so much so that people would come up and want to touch my hair and stuff.

Me:  Oh, yeah, lots of photos were taken.  I just imagined that that must have changed dramatically.  I mean, it just seems like especially Hong Kong must be such a cosmopolitan city now.

Susan:  Well, Hong Kong has a very different influence because it was occupied under… it was British colony for 100 years before it was handed back to China.  So they actually have a lot of western influence, and I was going to say a lot of British influence to be very specific.

There’s just so many foreigners from all over the world here in Hong Kong.  I think has one of the biggest French populations outside of France, the most Canadian outside of Canada.  It’s really, really international.  And then there’s a lot of tourists obviously, so you wouldn’t feel out of place here.

Me:  Okay.  So you really can feel like you can kind of blend in with the crowd. I mean, there are certain places in the world where I would just stick out.  It’s just what’s going to happen but it doesn’t sound like Hong Kong would be one of those places.

Susan:  Yeah.  I would say you can definitely blend in almost to a point that… and if today you go back to Japan, you’ll probably get some of the similar stares because Japan actually has preserved their culture quite well and their way of life quite well.  Besides Tokyo where you see quite a lot of foreigners but then, they live quite separately, that’s why you’ll probably stick out a lot more.  It’s still very, very traditional Japanese.

But then places like Hong Kong, also actually Shanghai. I remember when I first moved to Shanghai, I was eating at a French restaurant during my second week there.  I almost forgot that I was in Shanghai.  I felt like I was in Paris because I was surrounded by French people.  The only thing that I heard was French and I was eating French cuisine.  I almost feel really transplanted and it was disorientating for a bit but both of these cities are really international.

Me:  That’s so interesting.  I had no idea. So when you’re an expat in Hong Kong you really can feel like you’re a part of the city.

Susan:  I do.  Yeah.  You try your best to blend in but because a lot of the people who live here in Hong Kong they’re also very, very transient.  So I would say a lot of people are in the same shoes.  They’re here.  They don’t know how long.  Maybe they’ll settle down.  It’s all a question mark.  So you kind of are in the same boat together. Versus Shanghai, I would say absolutely in Shanghai I was living in an expat bubble.  But then here in Hong Kong I feel like I am able to do a lot more of what the locals do. 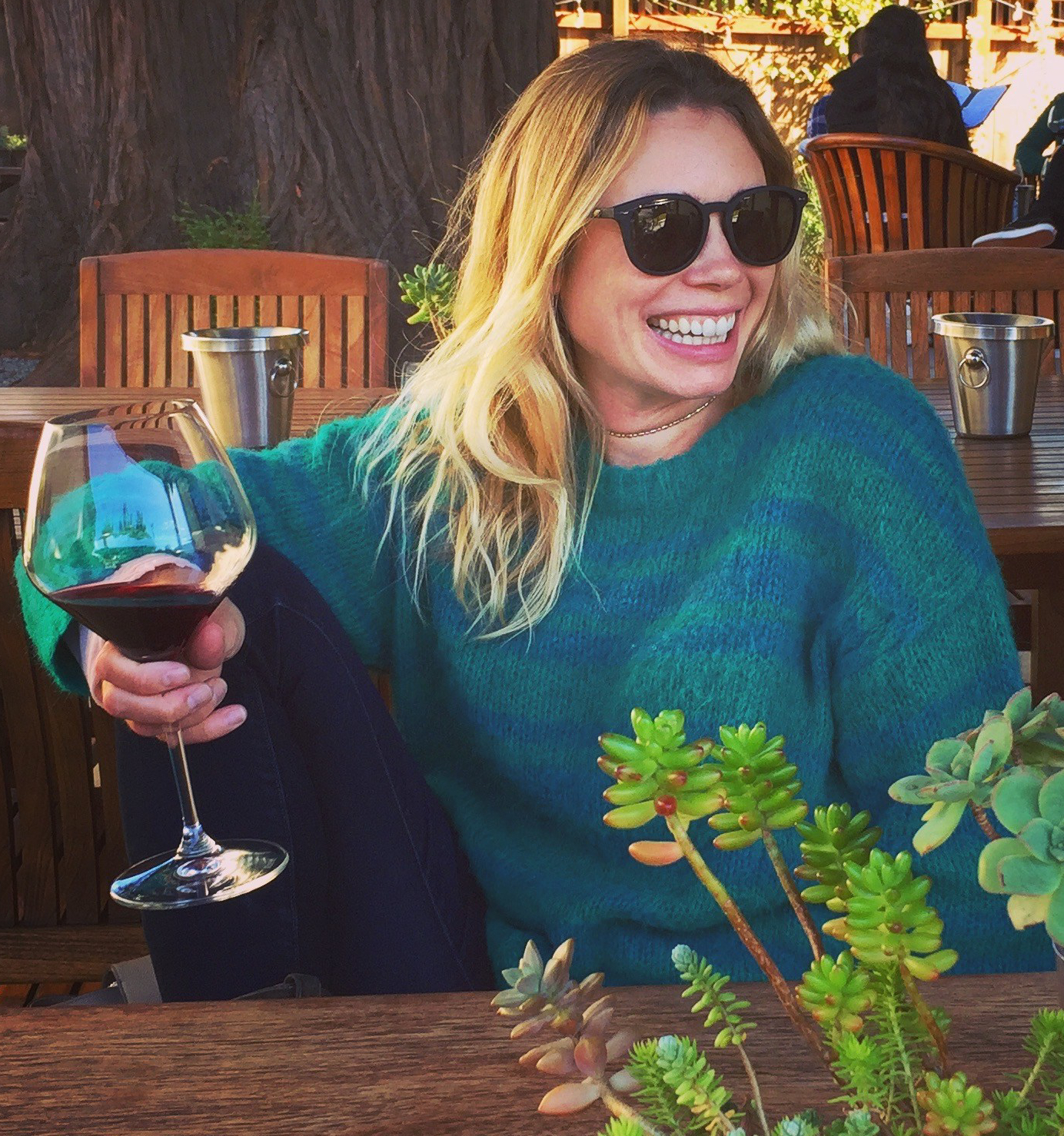 Hi I’m Moira, an actress and writer in California who loves to travel. I love looking good when traveling – so I’m going to the experts to help you (and me) figure out what to wear for where you’re going.

Happy. New. Year.
This long weird and wonderful is finally ending. Tbh it has been a pretty good year for us. Feeling very grateful to be ending the year on a high note with family in South Africa.
Happy, happy holidays. Hopefully today is a bright spot in what has been a rollercoaster year.
Happy in the countryside b/c you can take the girl out of Iowa but you can’t take Iowa out of the girl.
Covid friendly activity.
A little walk in the woods…